Hey all, I hope you are all having a nice Tuesday. Mine was busy at home, with lots of organizing, writing and editing 😀 Overall a good day, but I am already feeling tired, lol, even though it’s just 6pm and there are still things to do around the house.

On January, I’ve managed to read 7 books (which was a bit much for me, lol) so I thought that for the month of February I will read a bit less and that’s is what I’ve done. So I chose 5 books to read and I already finished with 1 (yay).

Here is my TBR for February

The Hawkman By Jane Rosenberg LaForge

(I got this book from NetGalley)

A great war, a great love, and the mythology that unites them; The Hawkman: A Fairy Tale of the Great War is a lyrical adaptation of a beloved classic.

Set against the shattering events of the late 19th and early 20th centuries, at the tale’s heart are an American schoolteacher—dynamic and imaginative—and an Irish musician, homeless and hated—who have survived bloodshed, poverty, and sickness to be thrown together in an English village. Together they quietly hide from the world in a small cottage.

Too soon, reality shatters their serenity, and they must face the parochial community. Unbeknownst to all, a legend is in the making—one that will speak of courage and resilience amidst the forces that brought the couple together even as outside forces threaten to tear them apart.

Most know Androma Racella as the Bloody Baroness, a powerful mercenary whose reign of terror stretches across the Mirabel Galaxy. To those aboard her glass starship, Marauder, however, she’s just Andi, their friend and fearless leader.

But when a routine mission goes awry, the Marauder‘s all-girl crew is tested as they find themselves in a treacherous situation and at the mercy of a sadistic bounty hunter from Andi’s past.

Meanwhile, across the galaxy, a ruthless ruler waits in the shadows of the planet Xen Ptera, biding her time to exact revenge for the destruction of her people. The pieces of her deadly plan are about to fall into place, unleashing a plot that will tear Mirabel in two.

Andi and her crew embark on a dangerous, soul-testing journey that could restore order to their shipor just as easily start a war that will devour worlds. As the Marauder hurtles toward the unknown, and Mirabel hangs in the balance, the only certainty is that in a galaxy run on lies and illusion, no one can be trusted.

The Renegades are a syndicate of prodigies — humans with extraordinary abilities — who emerged from the ruins of a crumbled society and established peace and order where chaos reigned. As champions of justice, they remain a symbol of hope and courage to everyone… except the villains they once overthrew.

Nova has a reason to hate the Renegades, and she is on a mission for vengeance. As she gets closer to her target, she meets Adrian, a Renegade boy who believes in justice — and in Nova. But Nova’s allegiance is to a villain who has the power to end them both. 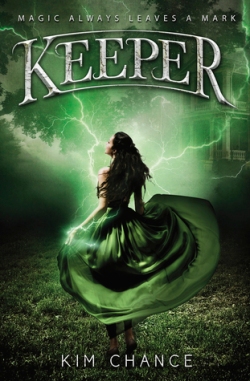 When a 200-year-old witch attacks her, sixteen-year-old bookworm Lainey Styles is determined to find a logical explanation. Even with the impossible staring her in the face, Lainey refuses to believe it—until she finds a photograph linking the witch to her dead mother.

After consulting a psychic, Lainey discovers that she, like her mother, is a Keeper: a witch with the exclusive ability to unlock and wield the Grimoire, a dangerous but powerful spell book. But there’s a problem. The Grimoire has been stolen by a malevolent warlock who is desperate for a spell locked inside it—a spell that would allow him to siphon away the world’s magic.

With the help of her comic-book-loving best friend and an enigmatic but admittedly handsome street fighter, Lainey must leave her life of college prep and studying behind to prepare for the biggest test of all: stealing back the book.

Henry “Monty” Montague was born and bred to be a gentleman, but he was never one to be tamed. The finest boarding schools in England and the constant disapproval of his father haven’t been able to curb any of his roguish passions—not for gambling halls, late nights spent with a bottle of spirits, or waking up in the arms of women or men.

But as Monty embarks on his Grand Tour of Europe, his quest for a life filled with pleasure and vice is in danger of coming to an end. Not only does his father expect him to take over the family’s estate upon his return, but Monty is also nursing an impossible crush on his best friend and traveling companion, Percy.

Still it isn’t in Monty’s nature to give up. Even with his younger sister, Felicity, in tow, he vows to make this yearlong escapade one last hedonistic hurrah and flirt with Percy from Paris to Rome. But when one of Monty’s reckless decisions turns their trip abroad into a harrowing manhunt that spans across Europe, it calls into question everything he knows, including his relationship with the boy he adores.

Well, these are the books I want to read and I hope I will be able to it, as I have lots of editing and writing to do. But I heard so many good things about these books, so I can’t wait to read them all.
What are your books you really want to read this month, share in the comments  😀
As always, thank you so much for reading ❤

4 thoughts on “My February TBR”